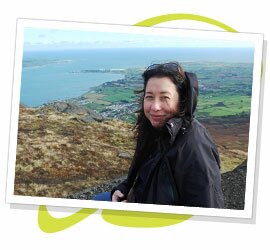 I am a freelance writer and editor with a passion for journalism and writing. While still in college I started writing for the groundbreaking online music zine, Addicted to Noise, where I specialized in Britpop and had the opportunity to interview emerging bands like Oasis, Blur and Radiohead. I went on to work as the music editor at WIRED magazine, where I played an integral role in the publications first-ever music issue.

I took a break from journalism for several years and worked in content development and online marketing for Internet companies such as AudioCafe, MySpace/Intermix Media and Phoenix Online Marketing. I eventually left the corporate world to embark on a freelance career, which allows me to do both corporate copywriting and journalism  the perfect combination! Since going out on my own Ive written for a variety of publications including the Los Angeles Times, Irish Times and People magazine and for Internet companies such as Cake Marketing and SaveBig.com.

I relocated to Ireland (from Los Angeles) in March 2010 to shake life up a bit and try my hand at living abroad. I feel lucky and grateful to be able to continue working for my U.S.-based clients as well as pursue writing work here in Ireland. Since moving here Ive also become involved in radio, appearing on shows like Anything Goes with Gareth on 4FM and Late Lunch with Gerry Kelly on LMFM.

I write about my life abroad in my blog, An American in Ireland.


Clare Kleinedler in the press: